Article Categories
Popular Articles
How do GE appliances compare to Whirlpool appliance?
GE and Whirlpool manufacture some of the best-rated, most reliable appliances, although the brands h ...»
Least and Most Reliable Washing Machines
As washers became more complex machines loaded with useful features, they got better at cleaning whi ...»

LG Settles Front-Loader Washer Mold Lawsuit
Washer owners to get $35 or a $105 rebate on a new LG   LG has agreed to a preliminary se ...»
Home

Display:
Washer And Dryer Set
Premier Appliance Store offers variety of all major brands. Shop with us and find latest models of all major brands at fraction of the cost.  We will MATCH OR BEAT ANY COMPETITORS PRICE.WE HAVE MANY IN STOCK:LG, SAMSUNG,GE,FRIGIDAIRE,WHIRLPOOL, FRONT LOADING, TOP LOADING, ELECTRIC OR GAS DRYERS.  ..
more
10/02/2017    Views: 794 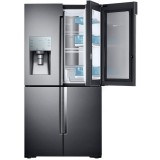 Refrigerators FOR LESS! Premier Appliance Store-San Diego
We have many OPEN BOX UNIT-NEW UNDER MANUFACTURERS WARRANTY! You can save a lot of money when purchsing OPEN BOX UNIT. Premier Appliance Store offers direct savings to consumer. OPEN BOX Appliances are new and covered under warranty, This could be a SPECIAL ORDER PRODUCT that was cancelled by the customer OR HAS A SMALL SCRATCH OR DENT (DOES NOT EFFECT THE WARRANTY OR FUNCTIONALITY OF THE UNIT)  SHOP WITH PREMIER APPLIANCE STORE AND SAVE UP TO 60% ON SELECTED PRODUCTS. ..
more
10/02/2017    Views: 120 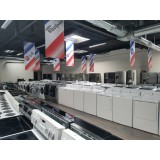 Electrolux Buys Appliance Company That Cooks Food In A Bag
Electrolux has moved to aquire Anova, the US maker of a connected home cooker that links directly with a smartphone and cooks food in a bag. The cooker itself is a wand-like immersion circulator that attaches to a pot and heats food, it maintains water at a precise temperature to ensure perfect results. Established in 2013, Anova’s Precision Cooker also connects to a user’s smartphone which allows the user to access thousands of recipes to make it easy to cook sous vide —..
more
10/02/2017    Views: 1220
Household Cooking Appliances Market Analysis, Share, Trends and Forecast by 2024
The global household cooking appliances market size is anticipated to reach USD 116.82 billion by 2024, according to a new report by Grand View Research, Inc. A blend of numerous aspects such as increasing preference toward nuclear family set-ups, a high proportion of employed women, and induction technology being characterized by a higher degree of energy-efficiency as compared to conventional gas, is expected to drive growth over the forecast period. Every cooktop has a lifespan beyond whic..
more
10/02/2017    Views: 866 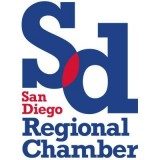 Bargain Appliance Store In San Diego-ALL MAJOR BRANDS AND ALL MAJOR APPLIANCES AT 30-60% OFF
Direct savings to the consumer-from Premier Appliance Store San Diego. We carry all major brands:GE, GE MONOGRAM, WHIRLPOOL-KITCHENAID, SUB-ZERO, LG, SAMSUNG, FRIGIDIAIRE-ELECTROLUX, BOSCH, VIKING, FISHER & PAYKEL ETC...OPEN BOX UNITS-UNDER FULL MANUFACTURERS WARRANTY,  WE HAVE REFRIGERATORS, WASHER AND DRYERS, DOUBLE BUILD-IN OVENS, SINGLE BUILD IN OVENS, RANGES, FREE STANDING AND SLIDE INS, OVER THE RANGE MICROWAVES, DISHWASHERS, ICE MAKERS, HOODS, LAUNDRY CENTERS. GE-LOUNDRY CE..
more
08/02/2017    Views: 101
What’s Next For GE Appliances As A Haier Company
t’s official: GE Appliances, America’s No. 2 white-goods brand, is now a unit of Qingdao Haier, the Chinese manufacturing giant, following the close of the $5.6 billion deal. What this means for GE, its retail customers and its end users was laid out by the company’s sales general manager Rob Posthauer in the following letter to TWICE: GE Appliances has become part of the No. 1 major appliances brand in the world. This is a tremendous opportunity for our business ..
more
06/02/2017    Views: 11484
LG launches new smart appliances featuring HomeChat
LG has announced that three premium appliances featuring its HomeChat service are being readied for launch in South Korea. With HomeChat, the contents of the new smart fridge can be viewed remotely, washing machine cycles be started from afar and an oven set to pre-heat.Similar to Samsung's recently launched Smart Home service, HomeChat lets users control and monitor appliances remotely. HomeChat works with LG's most recent smart appliances and sends messages via the Line ..
more
06/02/2017    Views: 14262 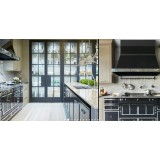 Finding appliances made entirely in America can be tricky-Premier Appliances Of San Diego
The recent news that four foreign manufacturers were penalized for dumping washing machines here, sometimes selling them at 82 percent below market value, is sure to stir up the Made-in-America debate anew. But buying an appliance made in the U.S. and buying one made solely with American parts and labor are two entirely different things. The ruling against Daewoo, Electrolux, LG, and Samsung, cheered by Benton Harbor, Michigan-based Whirlpool, came after our magazine feature on Made in A..
more
06/02/2017    Views: 1724
What’s Pushing the Tech Giants to Make an $8,500 Smart Fridge?
As Chinese brands grab the higher-end smartphone and TV businesses, LG and Samsung are fighting over next-gen appliances. The Note 7 isn’t the only Samsung product with problems. The U.S. Consumer Product Safety Commission is also working with the Korean company to address safety issues with its washing machines. Customers who bought certain top-load Samsung washers should use only the delicate cycle for bulky items such as sheets to reduce the risk of “impact injuries or pro..
more
06/02/2017    Views: 11719
Hands On With LG's Cool New Smart Refrigerator
Is it a fridge? Or a tablet? It's both! Sort of.  LG revealed the Smart Instaview Door-in-Door, a connected refrigerator that runs Windows 10. It sports a translucent display right on the front door, which doubles as a massive 29-inch Windows tablet. I got a chance to see the fridge up close and personal at the show. In general, the Instaview is pretty similar to the Samsung Family Hub we saw earlier this year at CES: both are sleek refrigerators with gigantic touch screens on t..
more
06/02/2017    Views: 11558
French Door Ovens
French Door Ovens French door wall ovens are stylish, but they’re also a great choice in limited spaces because you don’t have to allow room for a conventional door to fold down in front. This new GE Monogram® model is equipped with Bluetooth so that you can control oven functions remotely with your smartphone — say, if you want to preheat while you’re hung up in traffic so that dinner still hits the table on time.      Premier Applia..
more
05/02/2017    Views: 740
Thousands of homes contain potentially unsafe gas appliances
Thousands of homes contain an unsafe gas appliance, research reveals "This can be a matter of life and death," says Allison Thompson, managing director at Leaders 13:18Sunday 05 February 2017 0 HAVE YOUR SAY Thousands of privately rented properties contain a potentially dangerous gas appliance, according to a recent study. More than one in five privately rented properties contain at least one unsafe gas appliance, research carried out by Gas Safe Register suggests. The gas safety regis..
more
05/02/2017    Views: 3284
Union leaders expect close vote today on GE Appliances contract proposal
Workers at General Electric’s Appliance Park in Louisville. Union leaders say they expect a close result Tuesday, when about 4,000 eligible GE Appliances workers vote on a new contract proposal that would keep wages for current employees steady — but would lower starting wages for new employees by 23 percent. Members of IUE-CWA 83761 were reluctant to talk Monday afternoon at the union hall on Poplar Level Road, but the general consensus a..
more
22/01/2017    Views: 1788
Household Appliances Market Size, Share, Growth, Trends and Forecast 2023: Credence Research
Household Appliances Market Size, Share, Growth, Trends and Forecast 2023: Credence Research San Jose, CA, December 03, 2016 –(PR.com)– Credence Research has recently issued a new market assessment report titled “Household Appliances – Growth, Future Prospects and Competitive Analysis, 2016 – 2022.” The global Household Appliances Market study provides a comprehensive view of the ongoing and future phases of the Household Appliances industry based on parame..
more
22/01/2017    Views: 1728
|< < 1 2 3 4 5 > >|
Showing 46 to 60 of 61 (5 Pages)
Recently Reviewed